Text to Speech and prerecorded messages are two possible ways to provide Voice Response - an essential part of IVR. Each of these approaches have their pros and cons.

Prerecorded messages -  a traditional way of building an IVR. Operator would lay out the plan for IVR, compose a list of needed words and phrases, and either require a professional studio to record them, or do it at their own premises.

Text to Speech. While there are multiple good standalone Text to Speech applications available, the true power of TTS comes from large cloud based platforms like Amazon AWS, Google GCP and similar. With their access to very  large data sets they are able to create speech synthesis which is very close to live person's speech. They offer very easy to implement and feature-rich API's which operators can get working in a very short time.

To sum up, each of these approaches have their pros and cons. One should choose IVR system which can handle both: TTS and Prerecorded messages so each can be used in their appropriate case. have a look at our IVR Builder which supports both cases out of the box.

More articles by this author
My name is Aivis Olsteins and I am owner of DataTechLabs. My experience in Telecoms started in early 1990's and I have worked in multiple technical positions in mobile, messaging and data networks. My expertise lies in telecom networks, database systems, distributed processing and large data analysis. These posts are my attempt to share my knowledge with everyone who might find it useful.
Related Articles 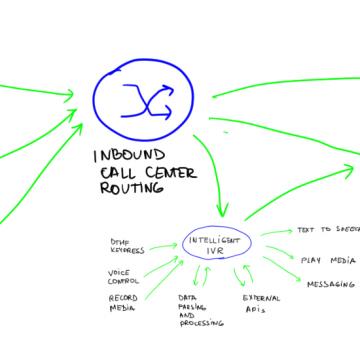